On Sunday, 26th January 2020, Pope Francis invited Catholics across the world to deepen 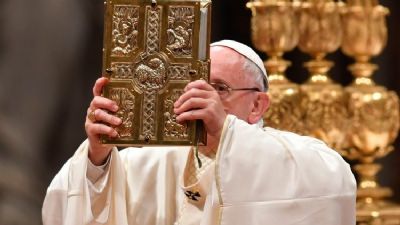 their appreciation of the Word of God this year.  The aim is that, in doing so, we will become increasingly open to transforming our hearts and entering into closer relationship with God.

As part of this special year of celebration, the third Sunday in Ordinary Time (January 26th 2020) was devoted to “the celebration, study and dissemination of the Word of God”, and our bibles were blessed at Mass.

Archbishop Salvatore Fisichella, President of the Pontifical Council for Promoting New Evangelization, explained, that the Pope has entrusted this celebration to the whole Church so that "the Christian community may concentrate on the great value that the Word of God occupies in its daily existence" (Aperuit illis 2).

To better understand the Word of God here at St. Simon & St. Jude R.C. we have followed an invitation from Fr. David Standley to join a Bible Study Group. The first meeting was held on Friday, 31st January at 7.30 p.m. in the church office. In the first session we met one another, declared our interests, planed which part of Holy Scripture we want to look at and fixed a monthly time to meet up that suited most people. An interesting and enjoyable first session!

If you cannot make Fridays, but want to be involved, you can follow us on this webpage. Twelve people attended the first meeting and are signed up, as we begin our journey to deepen our understanding and gain a fuller appreciation of the 'Word of God'.

Following the first meeting we agreed the following, now meting twice a month to allow flow and continuity.

·         First: Genesis 2:7-9; 3:1-7   God fashioned man from dust, breathed life into him and placed him, into the garden of Eden. The serpent tempted the woman with the gift of knowledge.
7 Yahweh God shaped man from the soil of the ground and blew the breath of life into his nostrils, and man became a living being.

8 Yahweh God planted a garden in Eden, which is in the east, and there he put the man he had fashioned.

9 From the soil, Yahweh God caused to grow every kind of tree, enticing to look at and good to eat, with the tree of life in the middle of the garden, and the tree of the knowledge of good and evil.

1 Now, the snake was the most subtle of all the wild animals that Yahweh God had made. It asked the woman, 'Did God really say you were not to eat from any of the trees in the garden?'

2 The woman answered the snake, 'We may eat the fruit of the trees in the garden.

3 But of the fruit of the tree in the middle of the garden God said, "You must not eat it, nor touch it, under pain of death." '

4 Then the snake said to the woman, 'No! You will not die!

5 God knows in fact that the day you eat it your eyes will be opened and you will be like gods, knowing good from evil.'

6 The woman saw that the tree was good to eat and pleasing to the eye, and that it was enticing for the wisdom that it could give. So she took some of its fruit and ate it. She also gave some to her husband who was with her, and he ate it.

7 Then the eyes of both of them were opened and they realised that they were naked. So they sewed fig-leaves together to make themselves loin-cloths.

Second: I Romans 5:12-19  - Sin existed in the world long before the Law was given ... divine grace coming through the one man, Jesus Christ, came to many as an abundant free gift.

12 Well then; it was through one man that sin came into the world, and through sin death, and thus death has spread through the whole human race because everyone has sinned.

13 Sin already existed in the world before there was any law, even though sin is not reckoned when there is no law.

14 Nonetheless death reigned over all from Adam to Moses, even over those whose sin was not the breaking of a commandment, as Adam's was. He prefigured the One who was to come . . .

15 There is no comparison between the free gift and the offence. If death came to many through the offence of one man, how much greater an effect the grace of God has had, coming to so many and so plentifully as a free gift through the one man Jesus Christ!

16 Again, there is no comparison between the gift and the offence of one man. One single offence brought condemnation, but now, after many offences, have come the free gift and so acquittal!

17 It was by one man's offence that death came to reign over all, but how much greater the reign in life of those who receive the fullness of grace and the gift of saving justice, through the one man, Jesus Christ.

18 One man's offence brought condemnation on all humanity; and one man's good act has brought justification and life to all humanity.

Gospel: Matthew 4:1-11 - Jesus fasted for forty days and nights in the desert, where he was tempted by the devil.
1Then Jesus was led by the Spirit out into the desert to be put to the test by the devil.

2 He fasted for forty days and forty nights, after which he was hungry,

3 and the tester came and said to him, 'If you are Son of God, tell these stones to turn into loaves.'

4 But he replied, 'Scripture says: Human beings live not on bread alone but on every word that comes from the mouth of God.'

5 The devil then took him to the holy city and set him on the parapet of the Temple.

6 'If you are Son of God,' he said, 'throw yourself down; for scripture says: He has given his angels orders about you, and they will carry you in their arms in case you trip over a stone.'

7 Jesus said to him, 'Scripture also says: Do not put the Lord your God to the test.'

8 Next, taking him to a very high mountain, the devil showed him all the kingdoms of the world and their splendour.

9 And he said to him, 'I will give you all these, if you fall at my feet and do me homage.'

10 Then Jesus replied, 'Away with you, Satan! For scripture says: The Lord your God is the one to whom you must do homage, him alone you must serve.'

11 Then the devil left him, and suddenly angels appeared and looked after him. 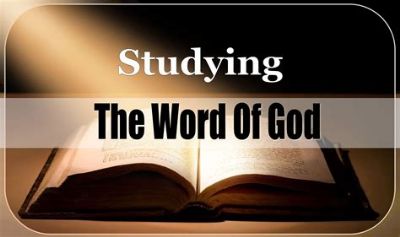 If you have any questions or to get in touch with Fr. David directly, fill in all contact details correcty before you click submit please. Thank you.